Mingalarbar!
Welcome to the August 2020 Edition of the GEN Monthly Newsletter. In August, GEN's Strategic Plan Mid-term Review Meeting was held in Bagan with the participation of GEN’s steering committee members and senior management team. Also the working group meetings for the 16 Days of Activism have resumed.
Every month, we request a GEN member, or SC members or GEN-CU staff to provide a greeting letter that reveals how impact their lives of being part of GEN. This month, we request Sayarma Nang Phyu Phyu Lin, an SC member of GEN from TRP category, to share her thoughs and experience with GEN. 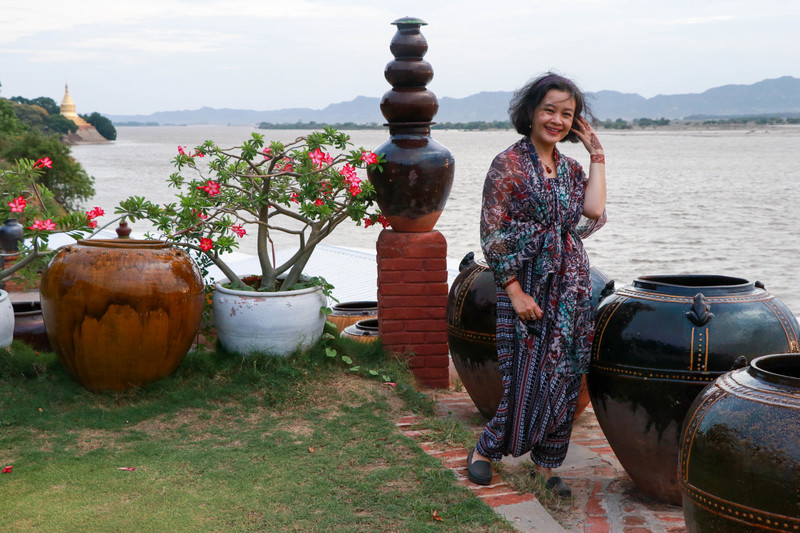 I am Nang Phyu Phyu Lin. I have been involved in GEN since the Women Protection Technical Working group was formed after Nargis in 2008. During the past ten years that I get involved, GEN, as network with the collective strength of network members, carried out research related to women’s rights and gender; conducted discussions and monthly meetings; and did state-level advocacy while carrying the voice of people on women’s rights, gender equality, LGBT issues and rights of disabled people. All of these are the collective strength of the network. Although it is very tiring sometimes to integrate the gender perspective in the development of the nation, we can reach our goal with collective strength.

At the Union Peace Conference - 21st Century Panglong which took place from 19th to 21st August 2020, Part 3 of the Union Treaty was signed. The role of our Gender Equality Network is instrumental to integrate gender perspective in implementing the peace processes after 2020. I would like to urge you to continue the long journey with the power of the network to increase gender equality, safety and participation of women while building the democratic federal union that we hope for.

The GEN's Strategic Plan Mid-term Review Meeting took place on 16-18 August 2020 in Bagan. GEN`s Director participated in the meeting with SCs & SMTs. The meeting discussed reviewing the GEN's Strategic Plan (2019-2021),  recommendations of the Network Strengthening report, and GEN's new policies. The SC members actively engaged during the meeting and gave constructive feedback and reviews on each session. 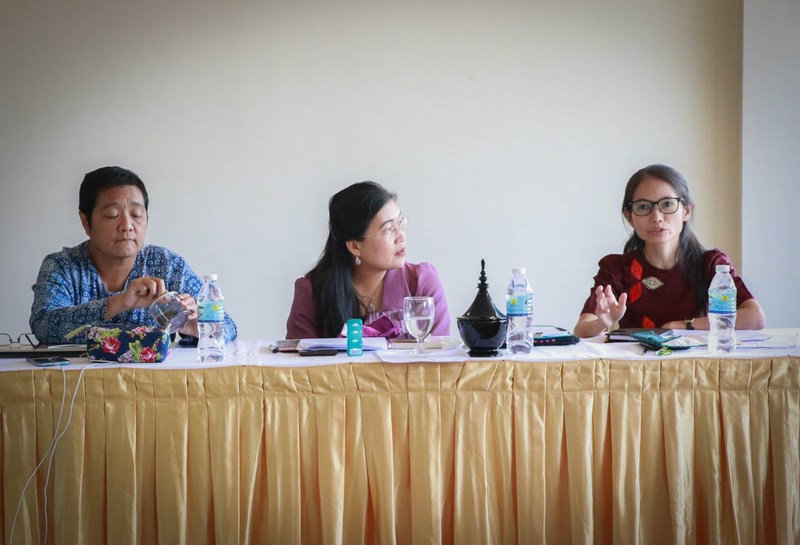 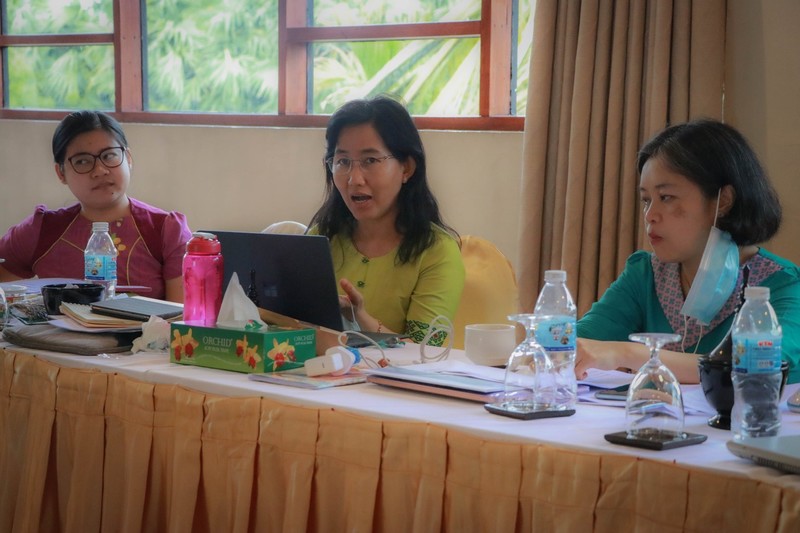 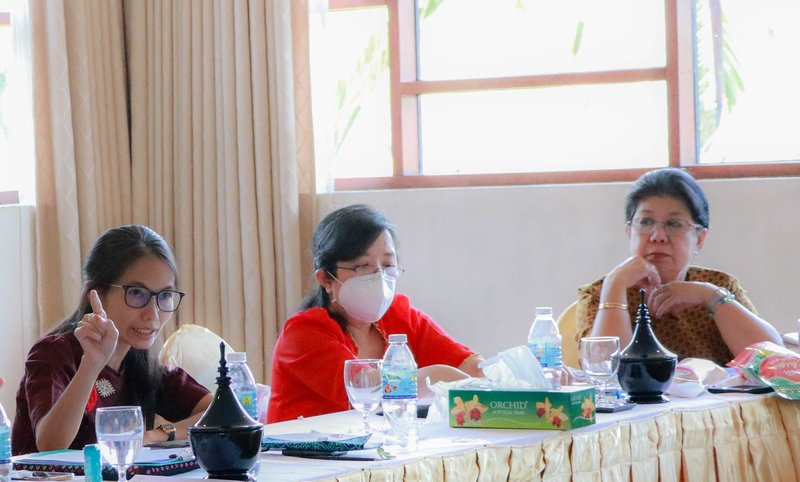 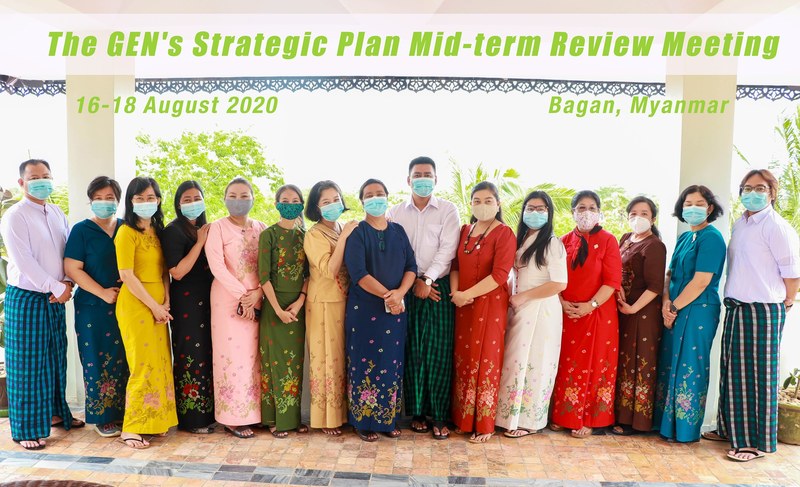 Gender Equality Network conducted the Gender Integrated Political Economic Analysis Workshops via Zom in the project areas which are Shan, Kayin, Kachin and Mandalay region in July and August. CSOs and representatives from the General Administrative Department, Department of Social Welfare, Planning Department, Ministry of Labour, Immigration and Population attended and the aim of these workshops is to analyze the political economy in the region and develop gender-sensitive policies and programs by the cooperation among the CSOs, local authorities and parliamentarians. The workshops were facilitated by Sayarma Nang Phyu Phyu Lin and group discussions followed. Each workshop lasted two days and there was a total of 93 participants. 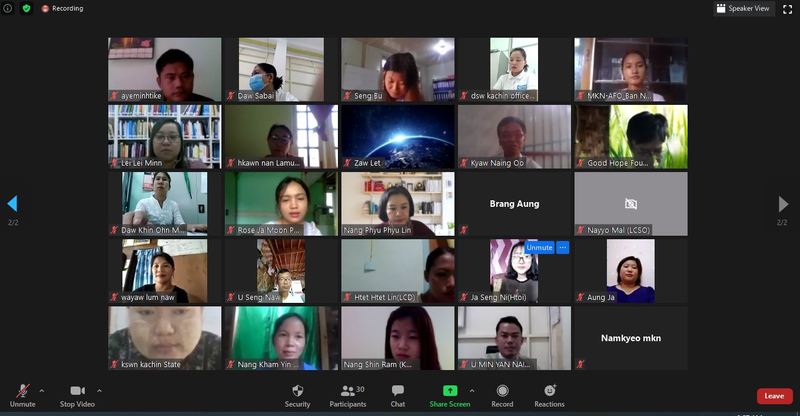 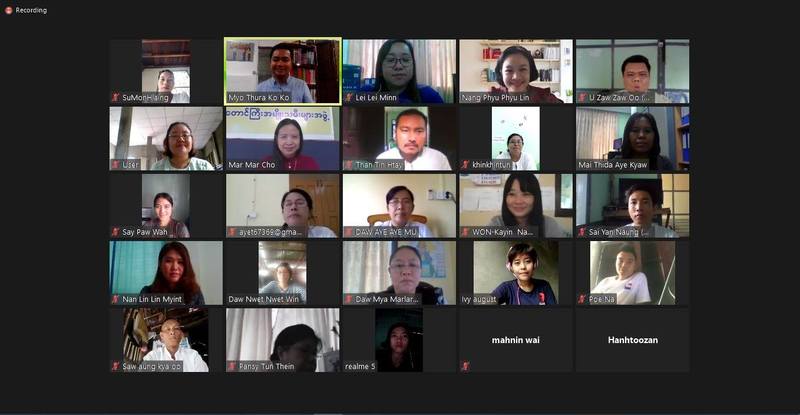 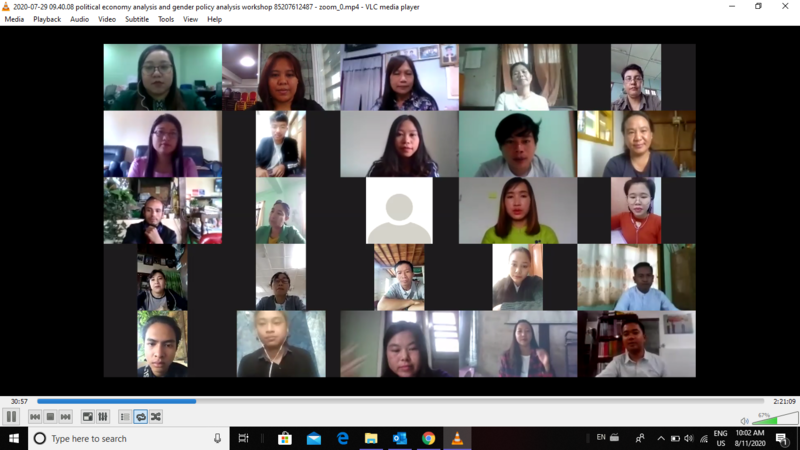 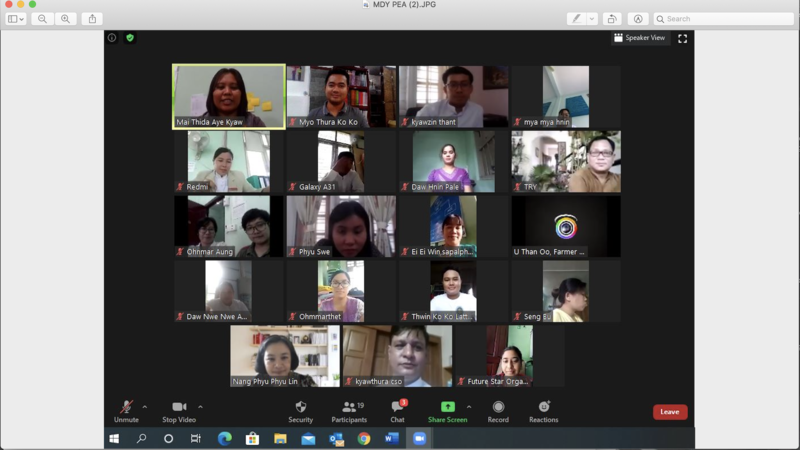 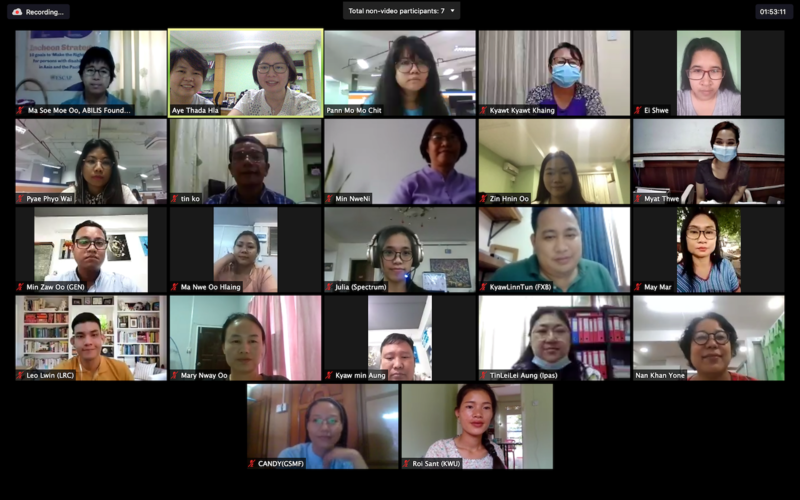 GEN-CU organized a sharing session to GEN members on how to use zoom application effectively for meetings, workshops, and conferences. It mainly shared the zoom features of registration, polling, breakout room, live streaming, and accessing report data. It limited participated to 30 seats and another sharing session will be carried out according to members’ requests. 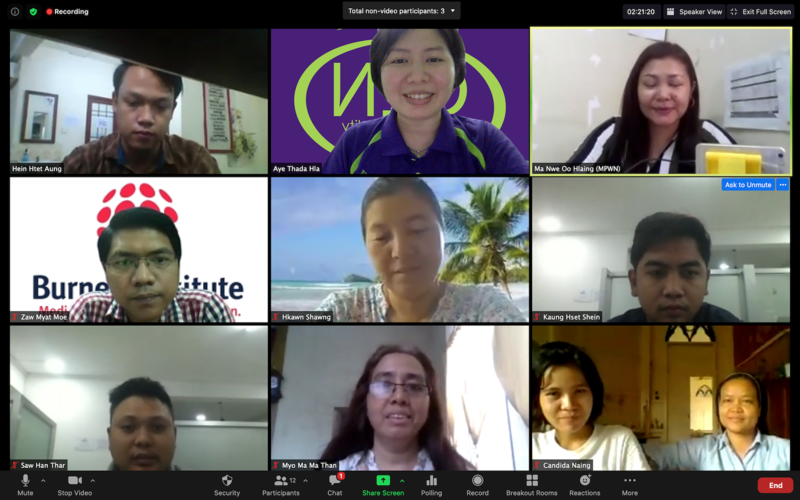 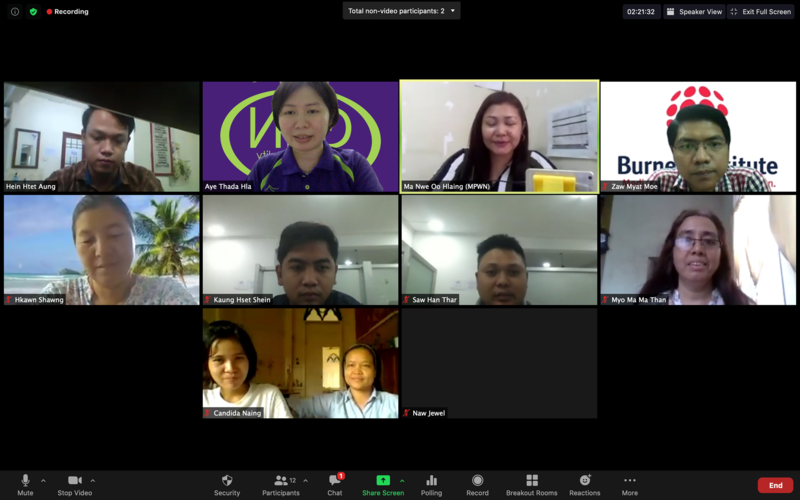 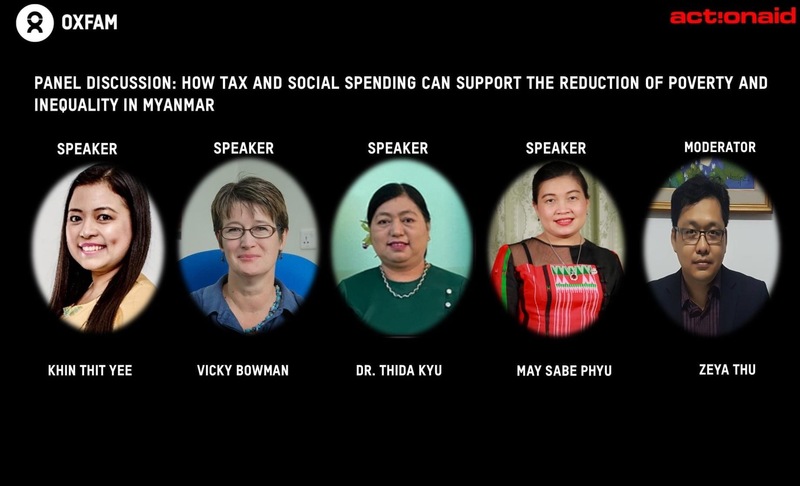 14th August 2020 - GEN’s Director participated as a panelist in Tax Policy Brief launch & panel discussion for an equal Myanmar jointly organized by Oxfam and ActionAid Myanmar. In the afternoon, she joined the WPS TWG meeting as AGIPP’s Chair by zoom. 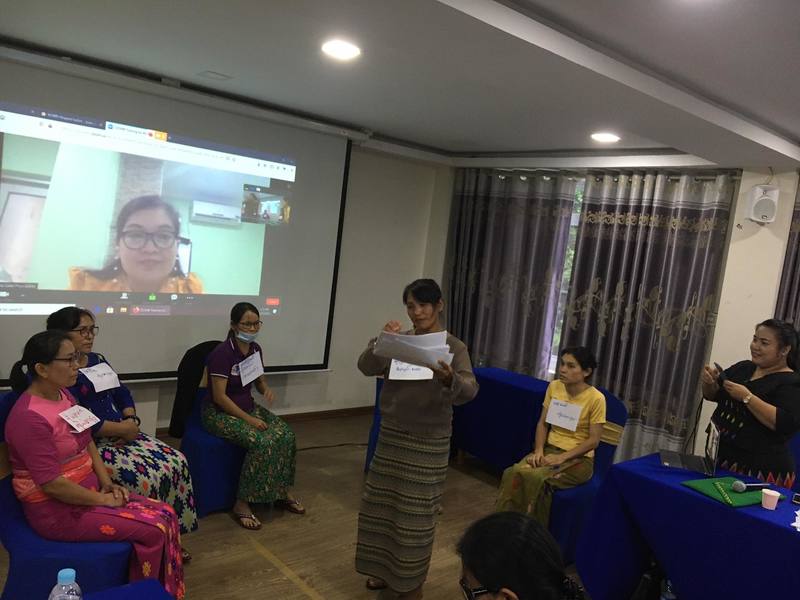 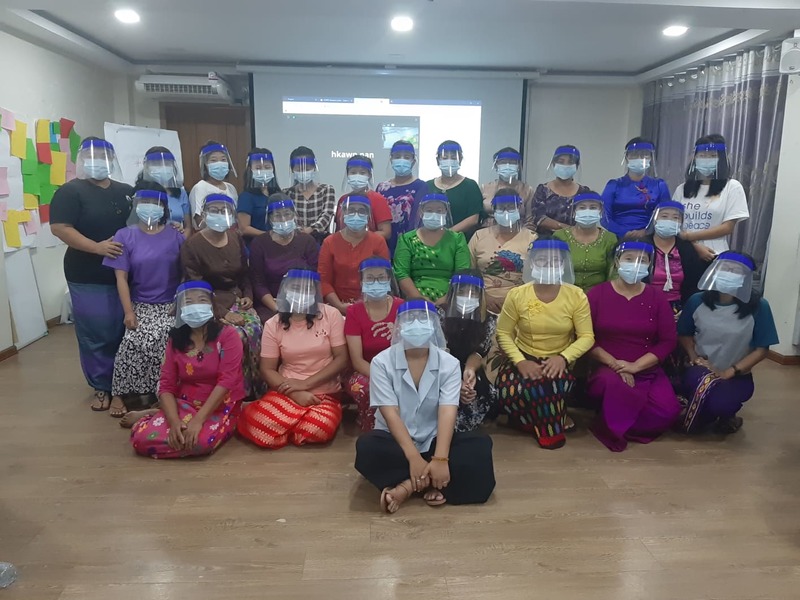 25th and 26th August 2020 - GEN's Director facilitated two-day CEDAW Training for Kachin State Women Network (KSWN) as AGIPP`s Chairs by Zoom. There are about 30 participants in the training. During the training, she shared about Human Rights, Women Rights, CEDAW, and the NGO report processes and the trainees actively participated in the discussion.

5th August 2020 – GEN participated in NSPAW Technical Working Group (TWGs) Co-Chairs meeting of all organized by DSW, where the former Co-Chairs and current Co-Chairs discussed the 3 years NSPAW Operational Plan including achievements in 2019-mid 2020. This meeting was followed by separate meetings of the TWG to discuss activities in detail.

5th August 2020 - GEN’s Director joined the NSPAW TWG Chairs/Co-Chairs meeting by zoom in the morning and joined a zoom meeting for UPC with AGIPP’s SCs in the afternoon. 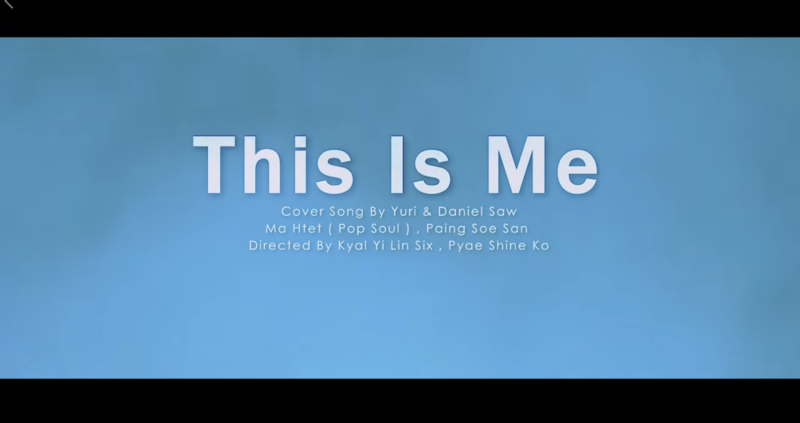 In order to promote the rights of LGBTIQ people, GEN created a cover music video of the soundtrack of “The Greatest Showman” movie. This music video named “This Is Me” aims to encourage LGBTIQ people to conquer the challenges that they are facing and inspire them to be proud of their own identity. You can watch the video in the link below: 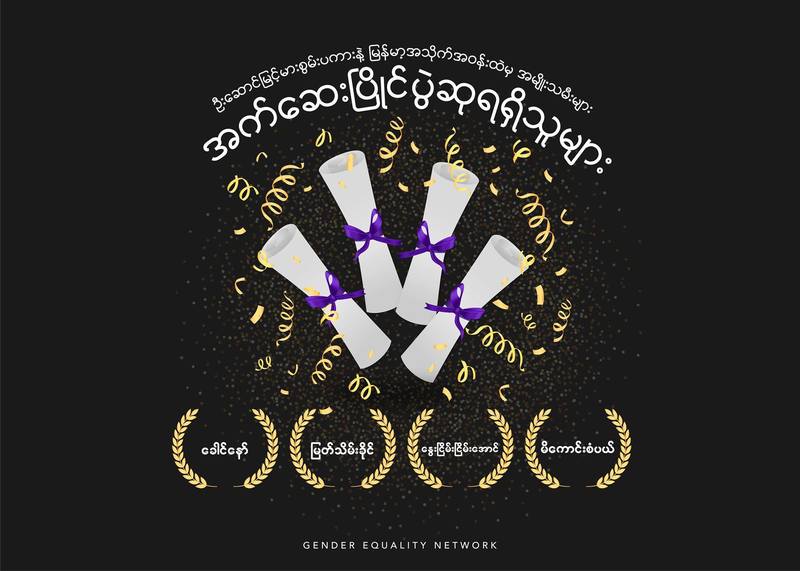 In July, GEN held an essay competition in honour of the Myanmar Women’s Day. Out of 66 essays submitted, 4 essays were selected as winners by the juries unanimously. To read the winner essays, please go to https://drive.google.com/drive/folders/15uBR2xnmb_AeQr2vlB2zONoQr1gApv61?usp=sharing